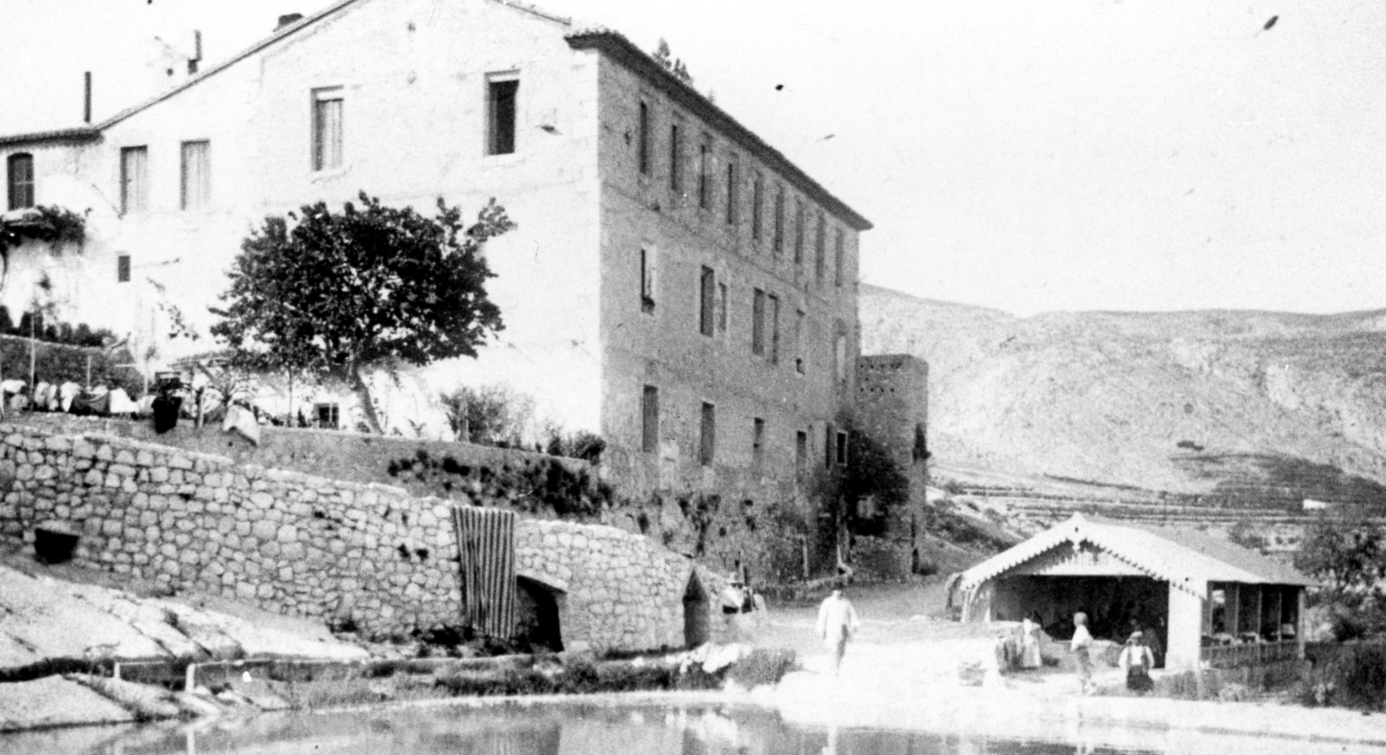 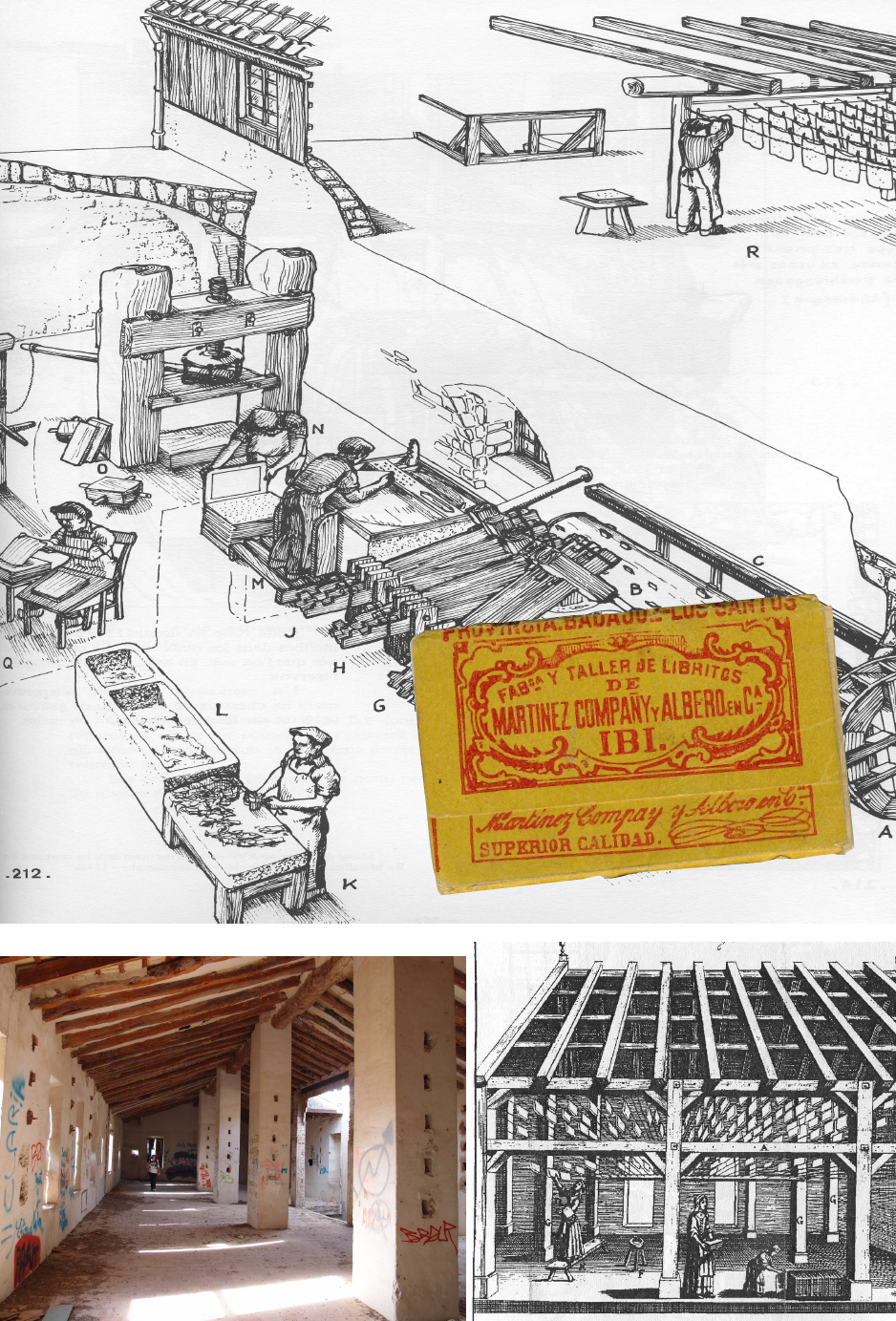 ‘El Molino de Papel’ (‘The Paper Mill’) was built in 1859 and today represents an extraordinary example of the county’s paper industry. The most significant paper maker in Ibi was Antonio Martínez Martínez, who came from the nearby town of Banyeres and remained here from 1868 to 1888. In 1880, the mill had eight vats, three sinks, two water pumps, four hammer mills and a 6CV steam machine. In Ibi, they mainly traded with smoking paper booklets.

Initially, paper was handmade sheet by sheet. Raw materials included pieces of cloth, rags and scrap paper which were grinded in order to get pulp and after adding some water, the paste was put into a vat, a sort of huge tub. The labourer used to soak a metallic pulp sieve with a wooden frame the size of the paper sheets. When drained and dried, fiber bits interlace once again to form new paper sheets.

The mill worked with hydraulic power. The water stream turned a wheel with paddles that activated the inner machinery.  At the beginning of the 20th century, a steam machine was installed and so a large brick fireplace.

The mill was in use until 1917. During the Spanish Civil War, it became a shelter and later on, people rented rooms to spent their summer holidays.

At present, it belongs to Ibi’s Town Hall.