The Church of ‘La Transfiguración del Señor’ and its Square 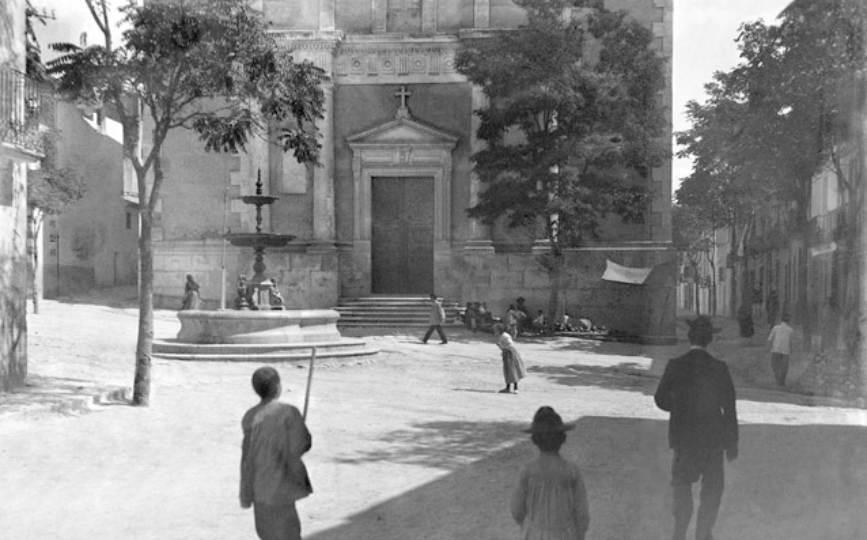 The Church of ‘La Transfiguración del Señor’ is bonded to the birth of today’s town of Ibi. In 1524, more than fifty families are expelled from the neighbouring town of Jijona due to the ‘Germanías’ rebellion. They end up moving to Ibi, an almost uninhabited land by the beginning of the 16th century.

Nothing is left of the first small Hermitage of  San Salvador (Ibi’s patron saint) that the Jijona exiles built in 1526 on the site of the current church. As often happens to religious temples, the needs of a growing and prosperous population over time transformed the original hermitage into a church of much larger scale.

Frescos at the main church’s altar are by the painter Joaquín Oliet, and it’s also worthwhile noticing the ceramic floor tiles at the main entrance hall.

Considering that the Church of ‘La Transfiguración del Señor’ has the greatest significance in Ibi, so does its attached plaza. Around this exact location, Ibi’s primitive town evolved and the Theatre Flora and the Local Casino were here once, both buildings no longer preserved. The monumental fountain is one out of three in Ibi providing drinking water service since its opening in 1892.