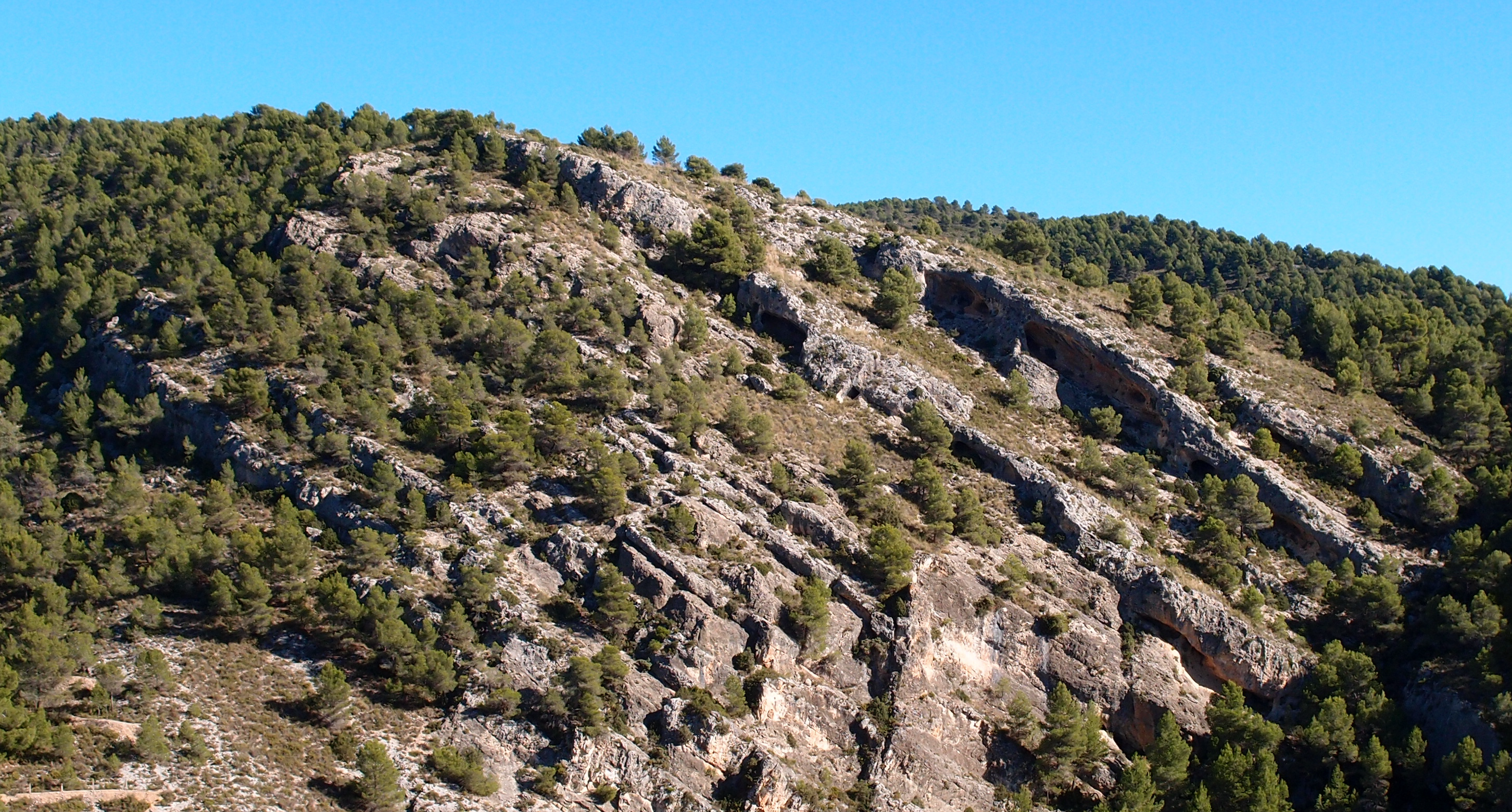 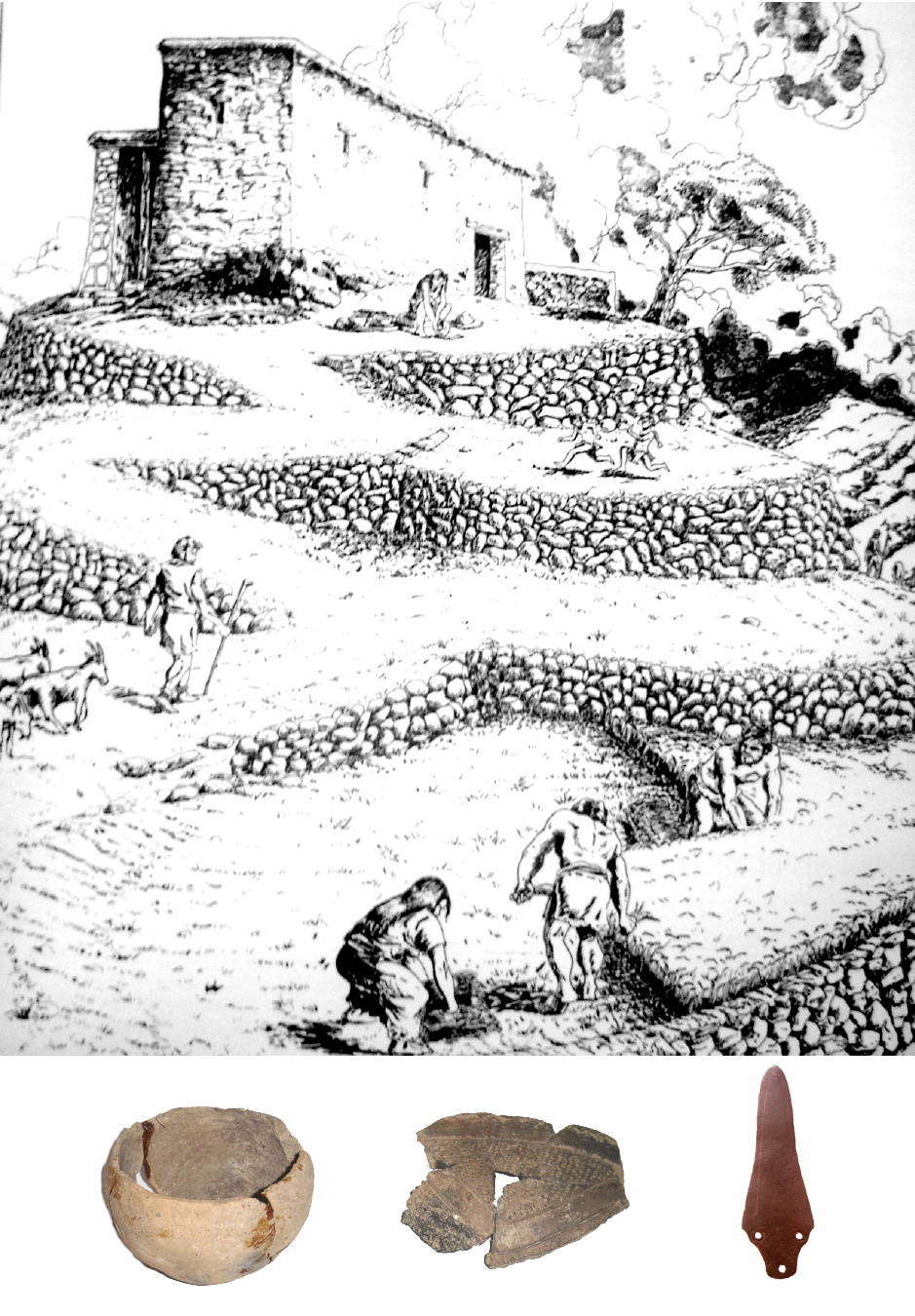 Around the end of the 3rd millennium BC, prehistoric settlements on the plains of Ibi shifted to nearby higher sites on hills and mountainsides. These societies first settled at ‘El barranc de Gorgàs’ (‘Gorgàs gorge’) and later, at ‘el barranc dels Molins’ (‘The Mills gorges’) to assure the control over good farming lands and communication routes. Schematic rock art of the Iberian Mediterranean Basin was collectively declared World Heritage and one of its best samples from that period is located here on a rock wall at the caves of Almarra.

The settlements of the Bronze Age (2nd millennium BC) in Ibi consisted of small communities, tribal societies formed by several families that lived on growing crops and animal farming. In addition, hunting wild animals and harvesting wild plants were common food supply activities.

So far ‘La Cascada’ (‘the waterfall’) and ‘Santa María’ Bronze Age hamlets appear to be the largest in size of a total of eleven archaelogical sites dating this period in the municipal area. Apart from these two higher spots, the lower hillside areas outside ‘El barranc del Molins’ (‘The Mills gorges’) hosted other remarkable Bronze Age settlements:  the Hill of Santa Lucía, the Hill of San Miguel and the Estate of Fernova.