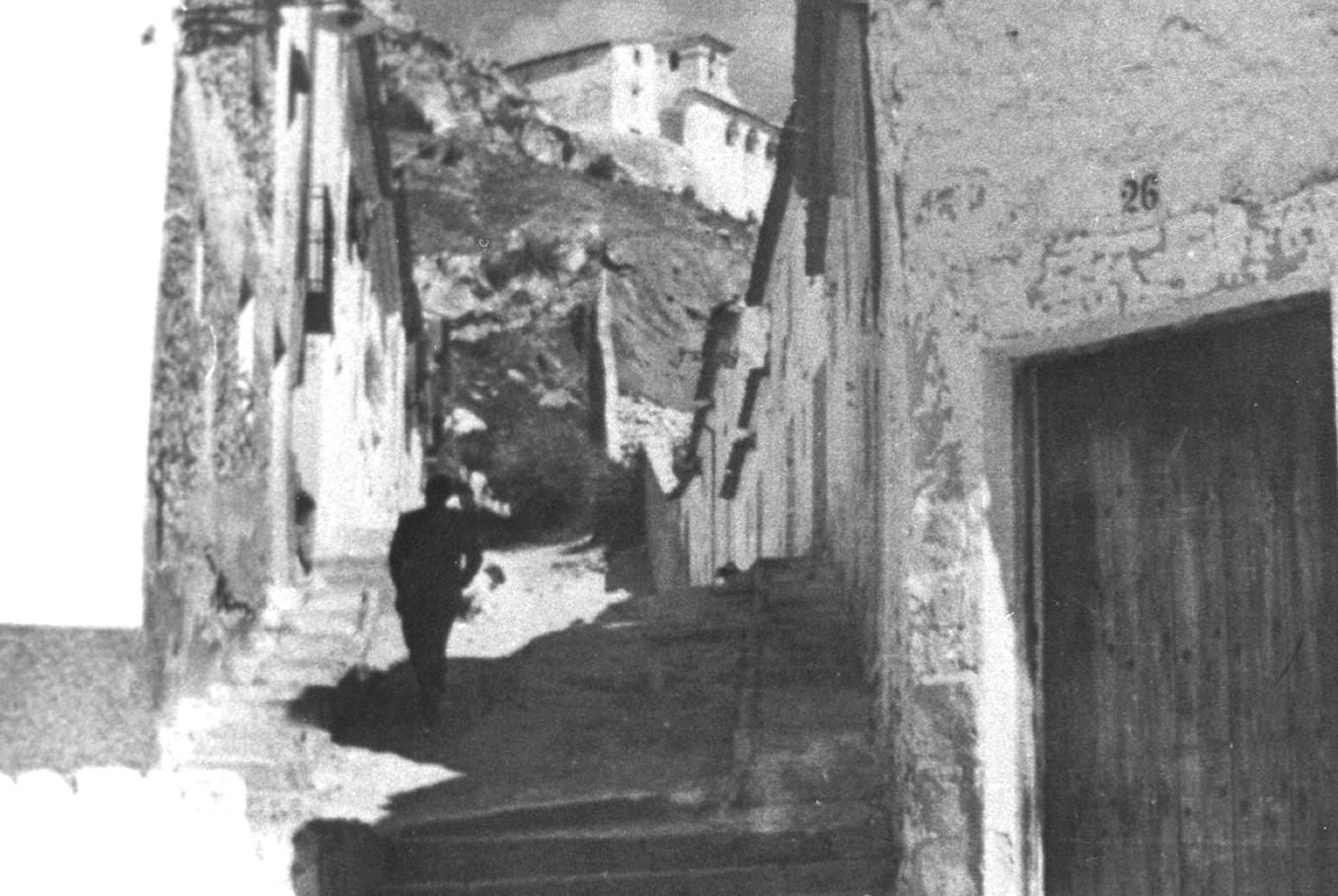 Sant Antoni, Sant Francesc and Sant Joan are the three streets at the foot of Santa Lucia little mount that reflect an image of the most ancient Ibi. These steeped ways have always been sheltered from the northern freezing cold during the winter and very close to the water of river ‘Les Caixes’.

Les Costeretes are slopes that should be walked up calmly, a hard way up means a pleasant stroll down looking at the terraced houses full of flowers outside. It’s a picturesque delight.

On San Antonio street, you can unusually see two different saint’s niche as a result of an old neighbour dispute. The slopes traditionally would become slides for children games. Also, simple street festivities were organised here by neighbours. The bell tower of ‘La Transfiguración’ Church tags the time on these streets until every year on the 28th December, when this place hosts the crazy wheat flour fights of ‘Els Enfarinats’. The monument of the Ibi’s Patron Virgin was sculpted by Vicente Ferrero and it receives floral tribute during the Moors and Christians Festivities in September.