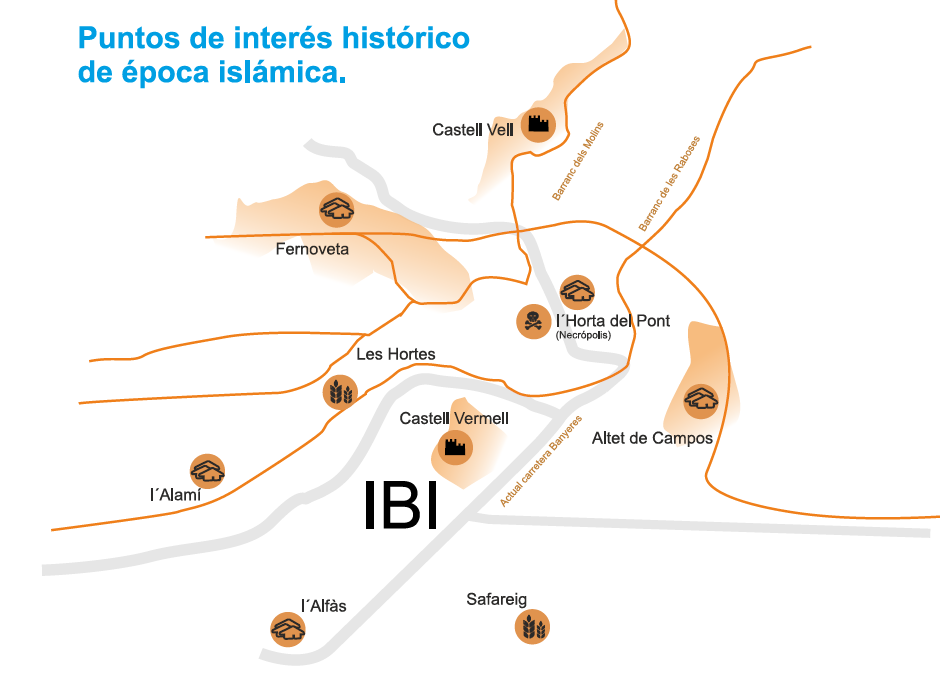 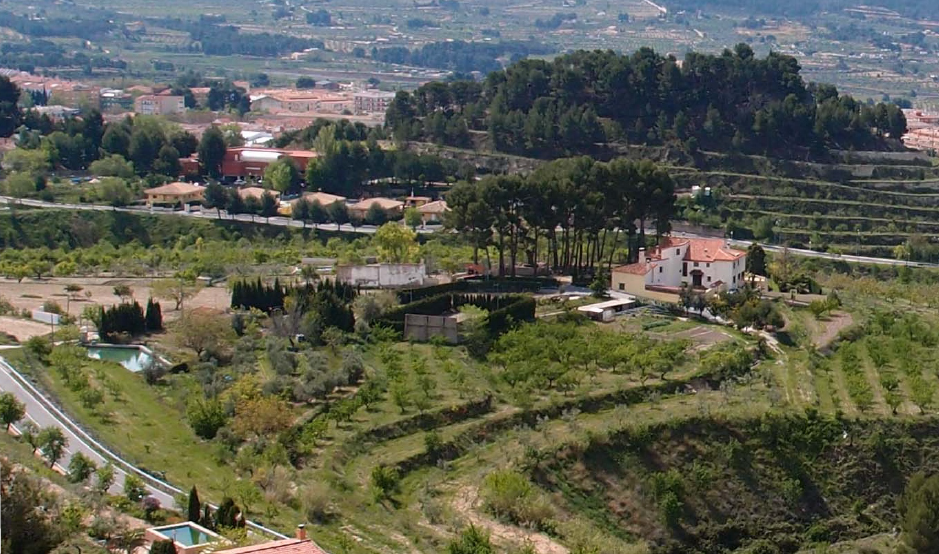 All the Muslim Spain era archaeological sites unearthed in Ibi are located next to waterstreams (Los Molinos gorge and Les Raboses gorge) within an area of four square kilometres.

According to research, Ibi’s Medieval Islamic settlement was a rural development. The first stage, around the year 1000 AD, peasants would live on the highest land in this area, known today as ‘Altet de Campos’. Towards the late Islamic period, settlers had occupied a larger amount of land up to the irrigated fields, establishing little farmhouses or ‘alquerías’. Thanks to King Jaume I’s official record book, we know the names of two Andalusian farms in Ibi: ‘Bonetabib’ and ‘Benetavuela’.

At ‘L’Horta del Pont’ (‘Orchard’s aqueduct bridge’), there was a cemetery linked to one of the two registered farms. In 2008, excavations at this site showed eight individual burials, three of a young age. Surprisingly, the burials were extremely modest without any kind of special objects being attached to the body as stated by the Koran.