Irrigation of the Santa Maria fields 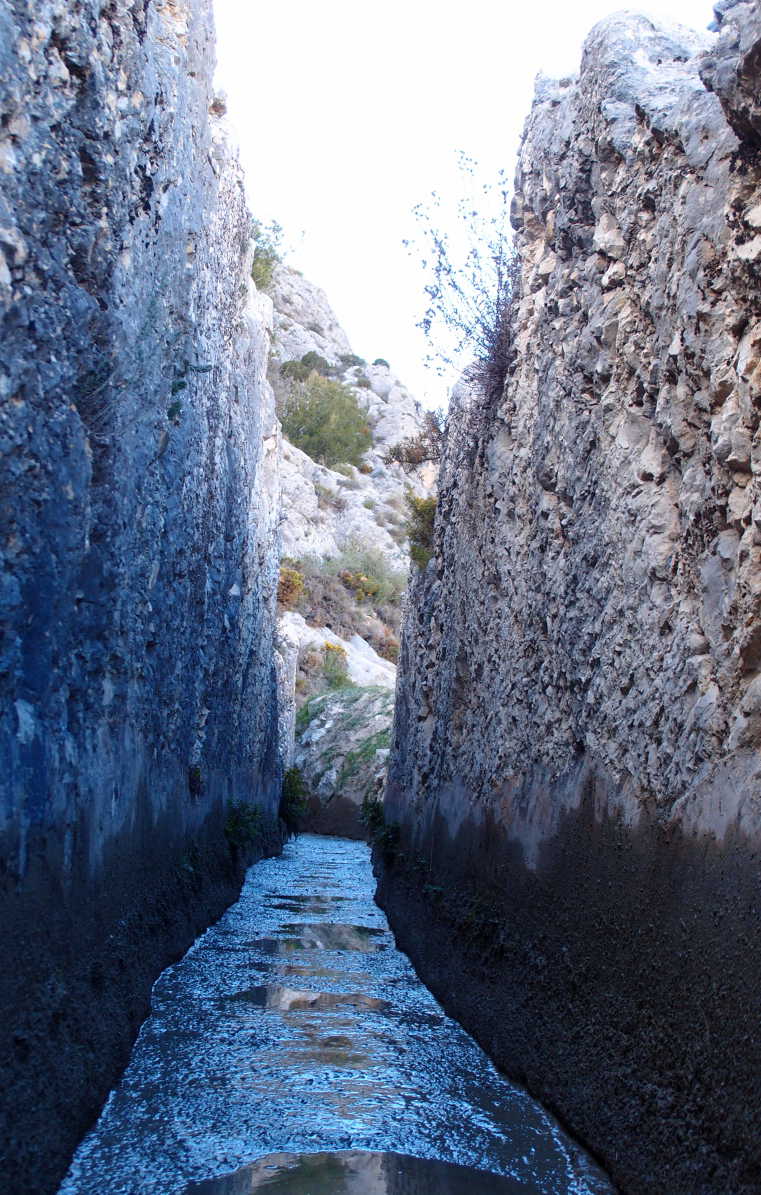 Since ancient times, Santa María fresh water springs have been used for irrigation, drinking water supply and power to run the eight mills that existed. The springs emerge to the surface thanks to ‘alcavones’ or excavated underground galleries.

Along history, these galleries have been digged deeper and deeper every time as the ground water table was going down gradually. Today, water springs out from the artificial gallery (‘alcavón) built in 1969 next to the natural scenery of ‘La Trompa del Elefante’ (‘the Elephant Trunk’) in Los Molinos gorge.

The main irrigation canal runs both through open air sections and rock-carved tunnels. Some parts of the canal are carved in the rock while others are built by flagstones joined together with iron clips.

The site known as ‘El Pont’ (‘the aqueduct bridge’) is the starting point of water distribution for irrigation.  From there, water splits in two: the branch called ‘del Pont’ or ‘Horta del Pont’ (‘The bridge’s orchard’) and a second waterway heading to ‘El Molino de Papel’ (‘The Paper Mill’) and a big irrigation pool. The irrigation network keeps spreading downhill to the broader flat orchards. Water diversion is allowed by stone barriers with wooden gateways called ‘tablachos’ or ‘presas’ which are conveniently opened or closed. Multiple water channels fill a network of irrigation pools distributed in the fields.

Whenever waterflow meets a cliff or a gorge, the solution involves the construction of an aqueduct with arches in order to get across the uneven topography. We still can admire the aqueduct of ‘El Pont’ just at the entrance of Los Molinos gorge and another beautiful sample at the Raboses gorge.