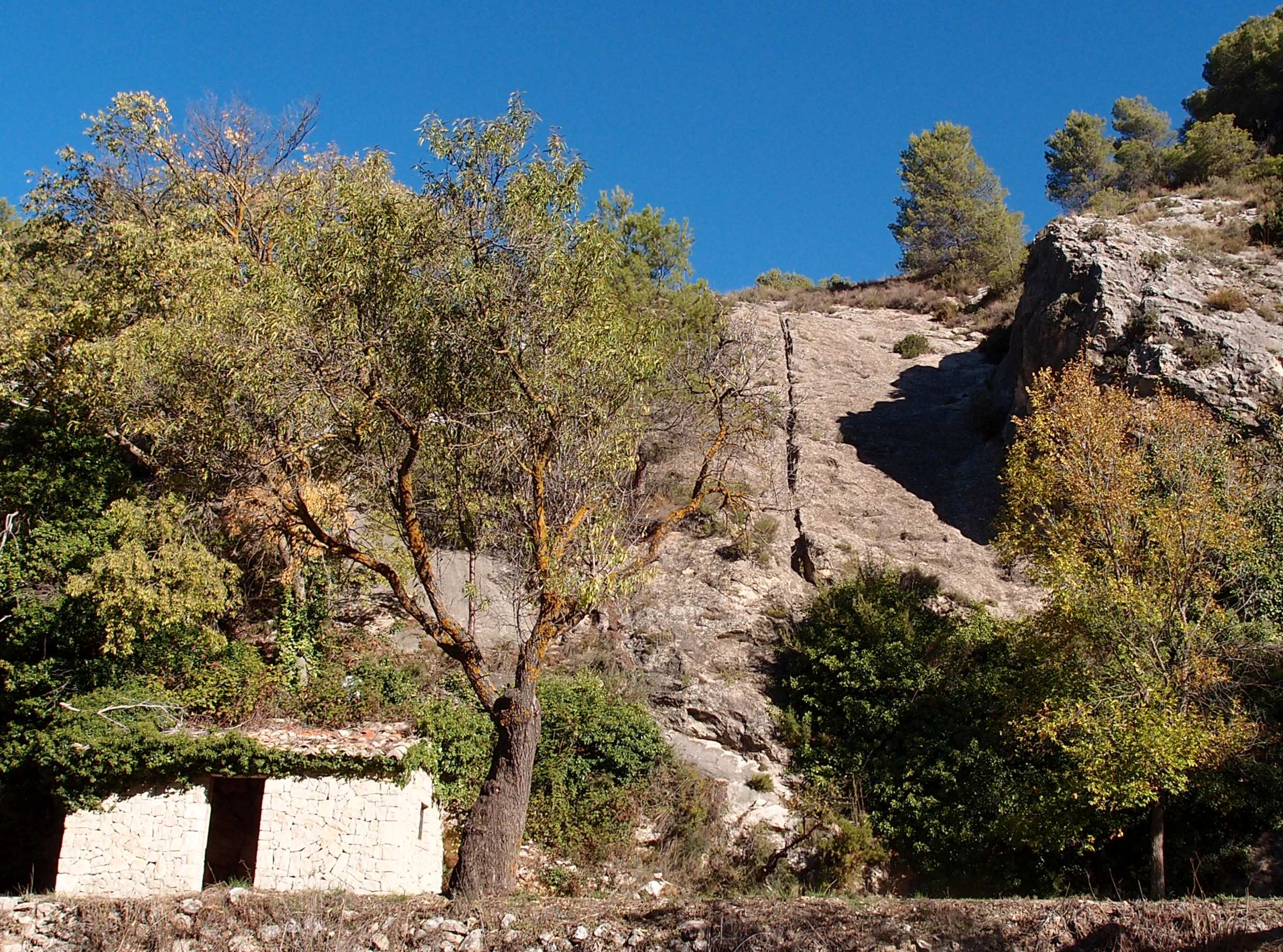 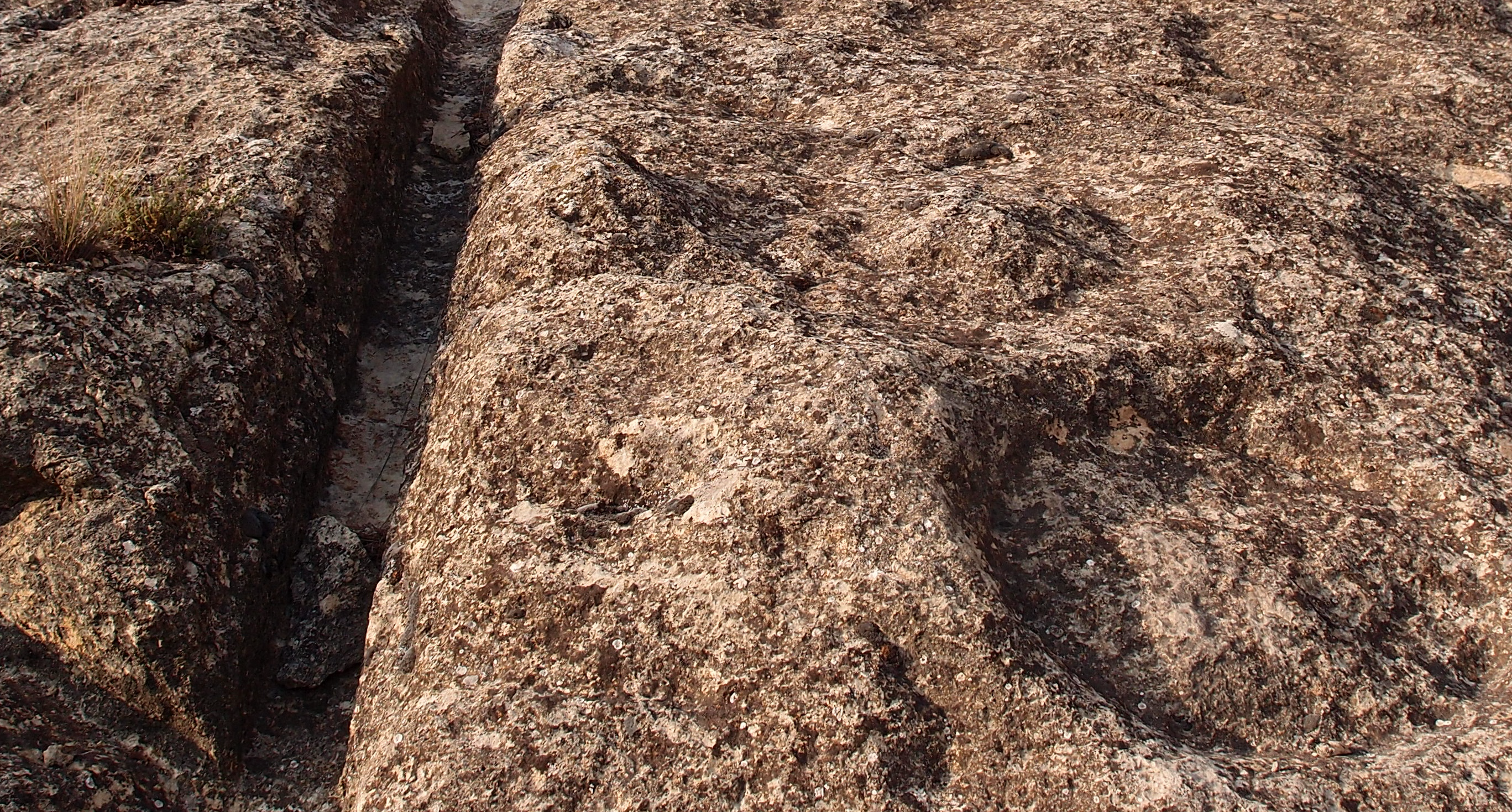 The hand-mill quarry, popularly known as ‘Els Pans del Moros’ (‘Moors’ bread) constitutes one of the most singular archaeological sites in the area. It’s one of the very few hand-mill quarries identified in the southeast of the Iberian Peninsula.

Lack of research studies and no similar sites of this typology in our region make it difficult to tag its historical period, likely being in use since the Iberian Age.

The rotation movement of grindstones was probably produced manually thanks to a wooden pole allowing the friction of both stone surfaces, so a huge volume of grain could be grounded.

Various millstone quarries are located on both sides of ‘Los Molinos’ gorge, at the site known as ‘Racó d’Almarra’. The quarry with most millstone extractions is the one on the eastern gorge’s hillside. Experts have reckoned up to 70 artificial cavities, each one corresponding to a grindstone. On average, they had about 55 cm diameter. The quarry is on a really steeped rock wall which suggests that labourers could have tied themselves with some kind of safe work system. A vertical carved groove across the quarry attracts the attention and its real function is still unknown.