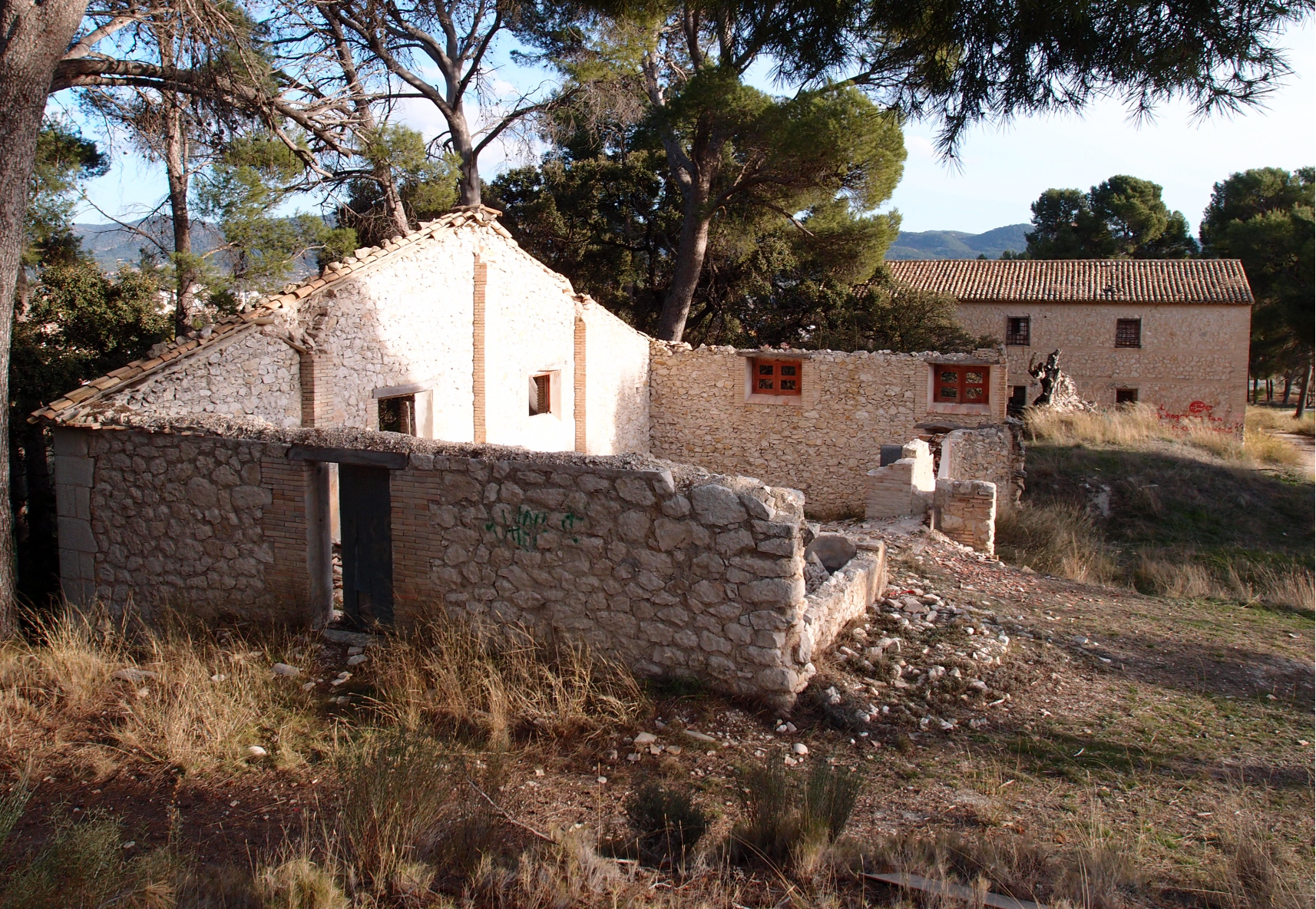 The original house layout had an ‘L’ shape and faces south. Attached to it, a crosswise hall lets an open space for the barnyards.

At the end of the 19th century, the construction was significantly extended. At the back of the house, a barn was added leaving a ‘patio’ between the two main buildings. The winehouse is similarly placed at a short 20-metre distance from the main house. Unfortunately, recent acts of vandalism have seriously damaged the property.

Located in the estate land, a rich archaeological site uncovered remains from various periods: Iberian, Roman and Islamic Andalusian all over the terraced fields near the Fernoveta house. This praised geographic spot has been inhabited by the people of Ibi along history because it was close to natural communication routes and had water resources and excellent farmlands.