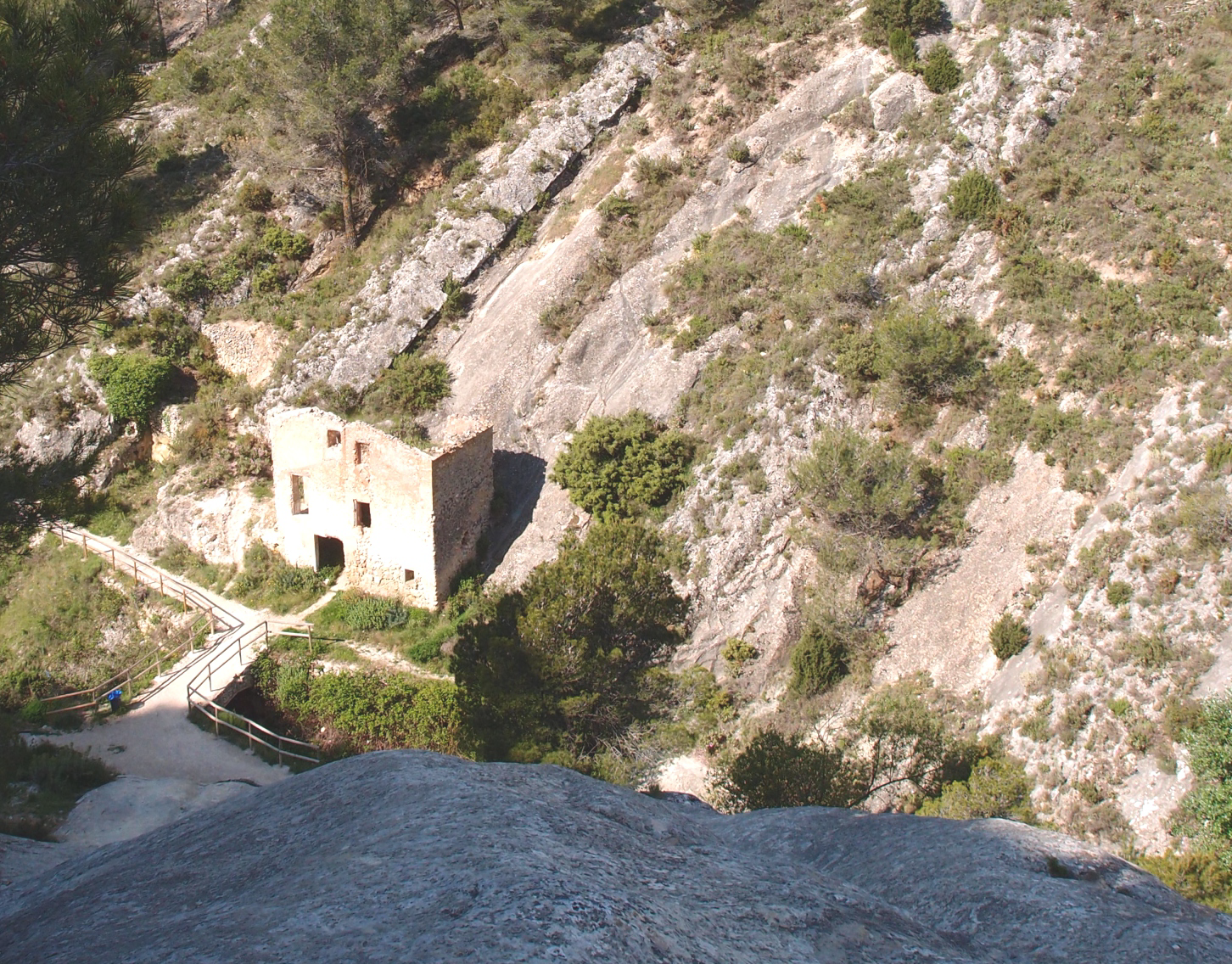 The ‘Molí de la Penya’ (The Rock’s Mill) is a special case.

It was built by Berthomeu Corbí in 1511 and it was in continuos use until the beginning of 1931. Except for some short periods, it always belonged to the Corbí family.

The power to move the water wheel used to be achieved diverting the flow from Santa Maria springs thanks to an ‘azud’ o little reservoir, called ‘Pantanet de Corbí’. The dam was upstream at the top of the cliff leading to a single water canal. This canal connected to the mill through a groove carved in stone on the hillside. Then, water entered a hollow. Finally, a carved steeped tunnel carried water to the mill’s wheel which was placed in the mill’s inner pit (‘cárcavo’). When not working, the stream was let flowing by the mill house to end up in a splendid waterfall.

This water mill is an exceptional case in Alicante province because of its unique construction features, considering that practically all preserved flour mills are cube shaped (‘de cup/cubo’).