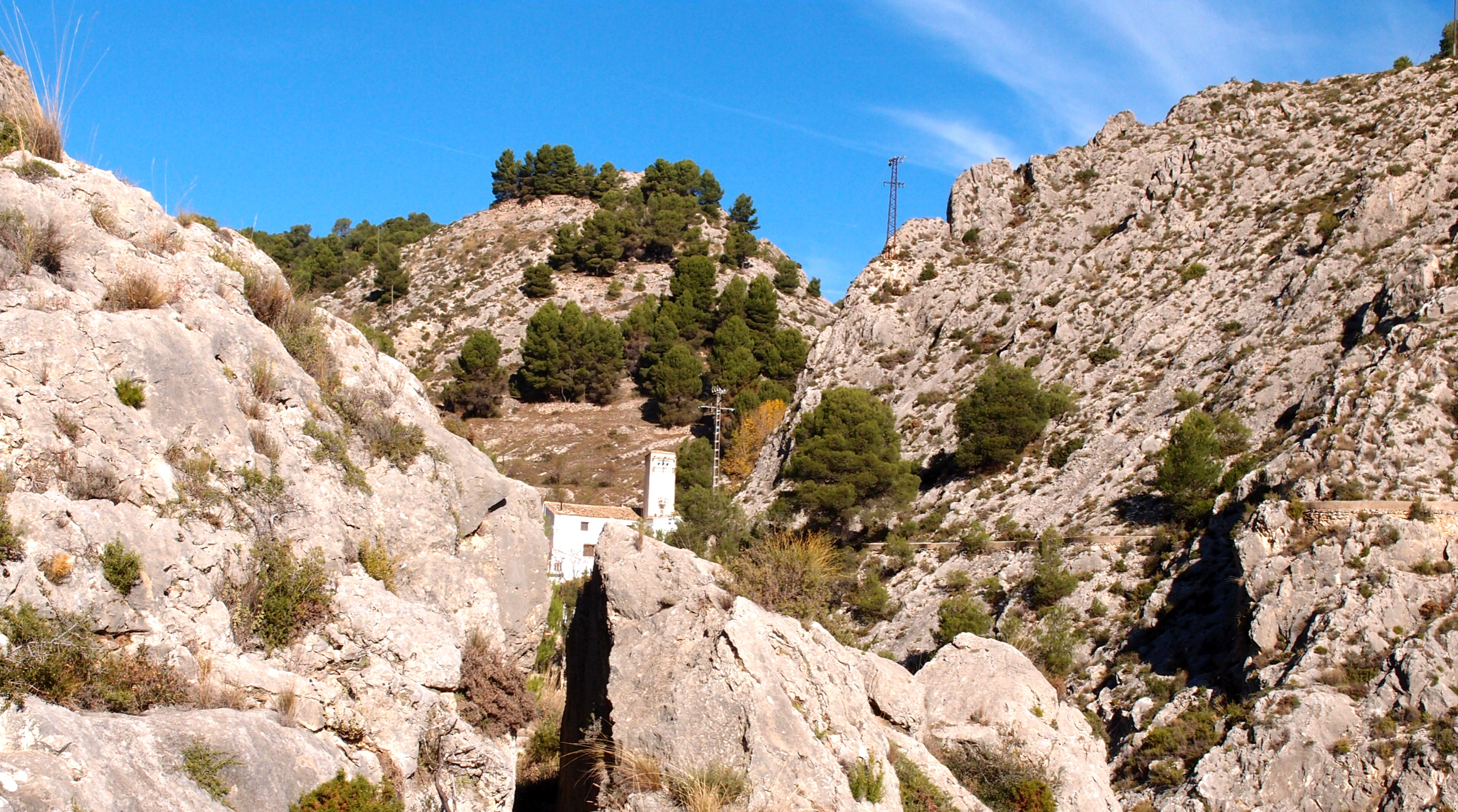 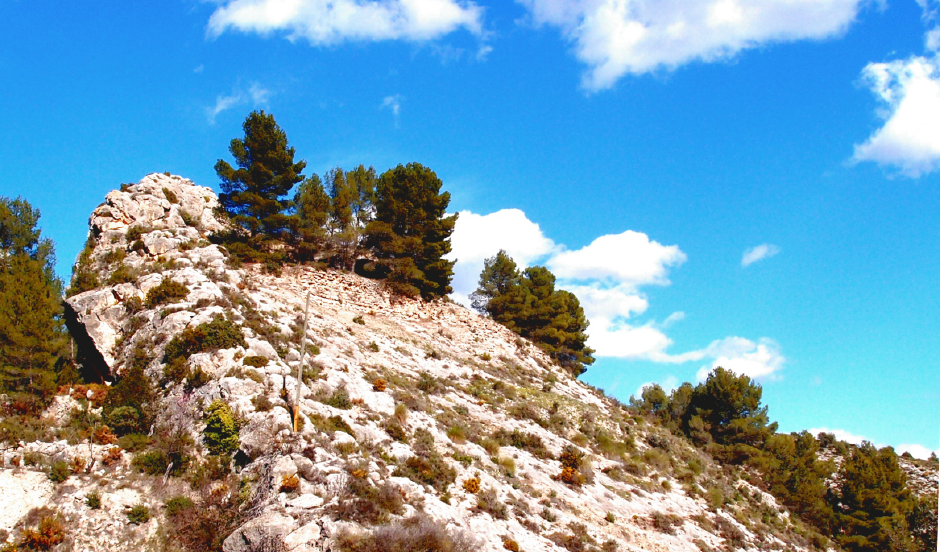 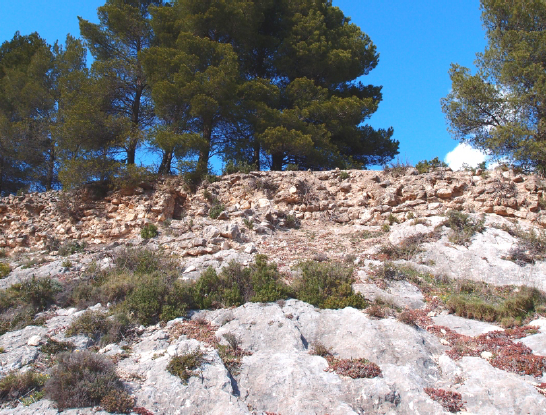 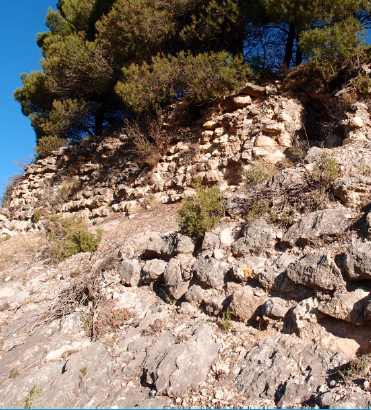 In Ibi, we have two forts of the Medieval Islamic period: Castell Vermell (‘The Red Castle’) and Castell Vell (‘The Old Castle’). These combined defensive buildings protected the Muslim peasants from the threats of the closest environment. It is a system based on the visual control of natural communication routes.

The ‘Old Castle’, located on a small hill of ‘Los Molinos’ gorge (‘The Mills Gorge’), seemed to control the natural passage between the valleys of Alcoy and ‘Foia de Castalla’. The fort would function to alert the population and to block hostile Christian attacks.

A few meters from the top of the hill and overlapping an archaeological site from the Bronze Age (2nd millennium BC), there is a wall of approximately thirty-five metres long and three metres high, made of irregular stones and lime mortar, with stones arranged in a line. A tower or bulwark is located at the wall’s halfway. Its rectangular layout must have been next to the entrance of the fortified enclosure.